Christmas donation 2019 –What became of the projects

Every year during the holiday season, the Nagel-Group donates to selected projects of SOS Children’s Villages – this is the sixth time this year. For this reason, it was possible to vote on the website to decide which of the projects should receive part of the donation totalling EUR 50,000.

Half a year later, we want to know what has become of the projects that have received the most votes from website users. Let us reveal in advance: The Nagel-Group’s Christmas donation had a significant positive impact on the various projects despite the corona pandemic. 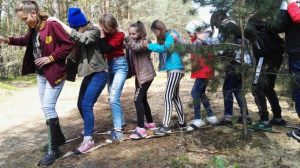 EUR 20,000 went to a programme in the eastern part of Poland intending to support children between the ages of six and 15. This donation is so vital because it contributes to educational equity for less privileged children. Access to quality education is crucial – especially in less economically developed regions.

The Nagel-Group uses the Christmas donation to support the childcare workers and teachers, thus ensuring that the children have continued access to the various services. However, there is more to it than that: The psychological support that the children receive from the carers is critical – especially during this pandemic. The parental home is often unable to provide them with that support. 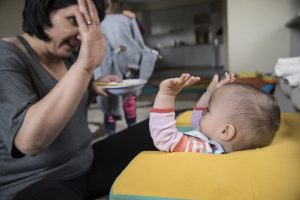 This donation from the Nagel-Group allowed SOS Children’s Villages to expand the care provided by foster parents further. In this project, children between the ages of 0 and 3 who suffer from neglect or abuse at the hands of parents receive loving care.

Additionally, the project also focuses on maintaining and strengthening the relationship between the children and their biological parents and siblings.

It is thanks also to the Christmas donation of EUR 10,000 that the project can currently care for eight children. 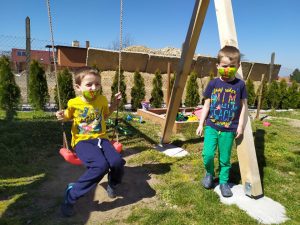 In this project, the SOS Children’s Village employees are searching for a new home for traumatised children. At the same time, they devote themselves the children, who have often endured terrible things.

In the SOS Children’s Village, children experience for the first time what it means to live in a loving environment and to have a daily routine. They receive psychological support whenever they need it – which is particularly vital at the moment. The Nagel-Group supports this critical and valuable work with a donation of EUR 10,000.